There two days each year when a general invitation is issued to Friends and supporters of the Cenacolo Community at Kendal to join with the Community in a day of joy and celebration. This year the Nativity Open Day was on Saturday 2nd December and the day dawned bright and crisp as gradually those invited began to arrive. First were a group of parents of some of the men in the Community at Dodding Green. They had travelled from: Italy, Ireland, Poland and Scotland. This is always a joyful moment when sons and parents are united after being apart for some time. 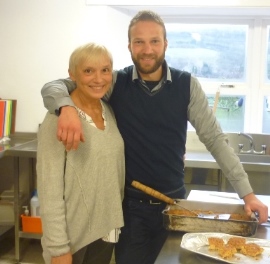 Soon there were over a hundred people present on site and, after coffee, they came together in the upper barn (now transformed into a meeting room / chapel) to be welcomed and to begin the day with prayer.

These days always unfold quickly and soon it was time for Holy Mass, swiftly followed by lunch prepared and served by the men of the House – lasagne & shepherd’s pie. Lunchtime always provides time to talk with parents, Friends of the Community and to generally catch up. The first part of the afternoon was given over to testimonies of the guys in the Community telling their story from the darkness of addiction to the light of freedom and liberty (a work in progress). 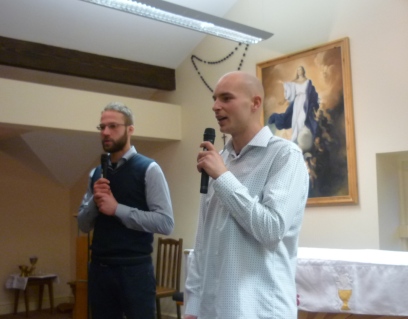 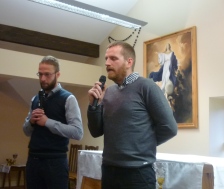 As the light faded final preparations were made for the annual Nativity production which the men have prepared for by building an outside set in the grounds, lighting it, preparing the sound track to accompany the production and finally, with the involvement of their families and the Friends of the Community, the presentation of the production itself. A truly inspiring event enjoyed by all who watched it. 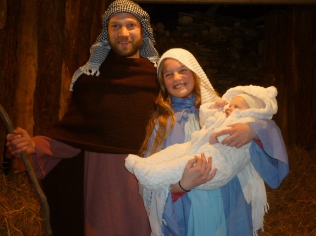 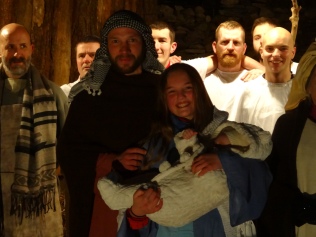 And then time for ‘goodbyes’ as Friends were bid a fond farewell until the next Open Day; families would reconvene on Sunday for the much quieter Family Day.